PREAMBLE FOR THE TREATY ESTABLISHING THE ECONOMIC COMMUNITY

The Heads of States and Governments for the contracting Realms, Territories, and States of the African Diaspora Sixth Region,

CONCLUDING that the system of ‘divide and conquer’ imposed upon Africans shall not eternally endure, and that the re-unification of Africans on the continent and in the Diaspora is inevitable;

CONSCIOUS of the overriding need to accelerate the establishment of a common framework for peoples and governments of African descent, irrespective of their citizenship and nationality, who are willing to contribute to the development of Africa through the building of the Sixth Region of the African Union;

CONVINCED that meaningful interaction between African regional communities is cornerstone to the process of African integration, thereby rendering the formal establishment of the Sixth Region as the appropriate sphere for building cooperation and renewed fraternalism between Africans on the continent and in the Diaspora;

ANSWERING the clarion call for return issued by the President of Ghana wherein 2019 has been declared the Year of Return;

APPRECIATIVE of the support by the international community on whose behalf the United Nations declared 2015 – 2024 as the International Decade for People of African Descent;

DETERMINED to establish an enabling framework that reflects the rights and obligations of the willing Diaspora in their effort to support the Constitutive Act of the African Union;

BEARING IN MIND the principles and objectives of the African Economic Community and the role of regional and sub-regional economic groups in the integration of the African family;

INSPIRED by the successful establishment of the African Continental Free Trade Agreement which provides a viable framework for its own expansion vis-à-vis the integration of economic communities of the African Diaspora Sixth Region;

market with free movement of persons, capital, goods and services that is inclusive of Diaspora participation;

RECALLING the various decisions taken by the Executive Council of the AU, EX.CL/Dec.221(VII) and EX.CL/Dec.406(XII) as well as the Assembly decision

Assembly/AUDec.443(XIX), all of which speak to the importance of establishing modalities of participation for the Diaspora in AU programmes;

BELIEVING that ultimately the onus is upon the Diaspora itself and those members “who are willing to contribute to the development of the continent” to create their own frameworks for contribution within the African Union;

AWARE of the need to strengthen the protection of African human rights, democracy, and international security both on the continent and abroad;

DEFENDING the right of states and peoples of the African Diaspora to negate and expunge their colonial identities, if they should so chose, while at the same time embracing their African identities;

REMEMBERING the countless millions of Africans in Diaspora over the last fie hundred years who dreamed of participating in the development of their own ancestral lands but were deprived of such an opportunity due to barriers and limitations put in place by colonial and neo-colonial frameworks both on the continent and in the Diaspora;

COGNIZANT of the five hundred years that separate Africa from her historic Diaspora as well as the inevitable estrangement and alienation that has occurred as a consequence of this forced experience of separation and its lingering psychological legacy;

LEARNING from the successful legacy of the various Maroon territories across the Caribbean and Latin America which were collectively the first Africans to establish sovereignty in the Western hemisphere as well as being amongst the first Africans to return freely back to continental Africa;

CONVINCED of the merit of establishing an effective regime with institutions committed to the enhancement of the economic, social and cultural development of the African Diaspora Sixth Region;

WHO IS THE 6TH REGION OF THE AFRICAN UNION

THE 6TH REGION OF THE AFRICAN UNION

The African Union has declared you the 6th region and encourages us to mobilize now. The year 2019, on the African continent, has been declared THE YEAR OF RETURN and the year of the African Diaspora.

With regard to all historic migrations forced by slavery and voluntary, the African Union defines the African Diaspora as «Consisting of people of African origin living outside the continent, irrespective of their citizenship and nationality and who are willing to contribute to the development of the continent and the building of the African Union. African diaspora populations include African Americans, Afro Caribbean,  Afro Canadians, Afro central Americans – descendants of enslaved West Africans brought to the Americas during the Atlantic slave trade. Also, citizens of different nationalities who have migrated from the nations of Africa. Dual citizenship information coming soon.

For people of African Descent. ECONOMIC, SOCIAL and POLITICAL mobilization and Support. 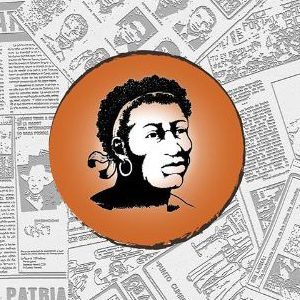